I orignally put this research together for the Labs working group, but @Tamara suggested that I post it here since it could be of interest to the whole community. The orignal doc is here . Feel free to add comments or corrections!

According to the Gitcoin/Bankless “DAO Report”, Coordinape is establishing itself as one of the primary DAO-native reward allocation systems (replacing grants/salaries), and is being actively used in day-to-day payments by teams like Yearn, GitcoinDAO or mStable.

Originally based on a medium post by Andre Cronje and set up by the yearn devs to distribute protocol revenue, it has since then split into a separate project and is being built full-time by its own team.

Since it seems to have found a good product-market fit and growth in the course of last year, it seems a good idea to take a closer look into how it works and specifically its similarities/differences to the TECs praise system. 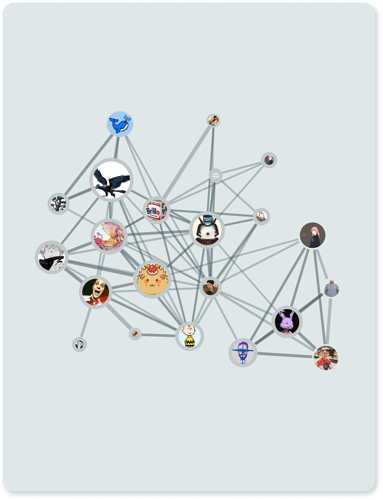 Coordinape is built around circles: groups of DAO contributors who work together and want to distribute funds in a decentralized way.

Time is divided in Epochs (which are usually between 1 week and 1 month), and at the start of each epoch every member of the circle gets 100 GIVE tokens, which he can freely gift to other members of the team. At the end of the epoch, each contributor’s received GIVE tokens get transformed into GET tokens, which can then be used to claim a proportional part of the allotted funds.

Unspent GIVE tokens get burned at the end of the epoch, and you can’t send GIVE to yourself. There is also the possibility to “opt out” of receiving tokens yourself for an epoch (because you are on vacation, or receiving money from somewhere else), while still being allowed to GIVE to other contributors.

Apart from this basic mechanism there is also tooling built to help visualize the organizational structure, show the payment data in a transparent way, and Discord notification bot. Tipping bots for Discord/Telegram, Sourcecred integration and transition into a DAO are being worked on.

In their own words:

Coordinape is in Alpha phase right now and being actively developed by ~6 people. It’s being used by Yearn, Gitoin, MetaCartel, Sushiswap, mStable, Pooltogether and DAOhaus, amongst others.

For now it is closed-source and operated off-chain, but they plan to go open source and fully on-chain on Layer 2 (Phantom, Arbitrum and Polygon) around October ‘21, and transition into a DAO for further development.

Detailed overview of the System:

(liberally copied from the docs)

Coordinape’s core feature is the Gift Circle. The Gift Circle allows a group of DAO contributors to decentralize the payment process, identifying each other’s value to the organization to create a compensation map. This is done through a process of Gifting.

An organization can create any number of Gift Circles, adding members through a decentralized vouching process. During a set period of time (the Epoch), the group can perform the Gifting process, as follows:

At the start of the epoch, each member of the Circle receives 100 non-divisible GIVE tokens. Members allocate their GIVE tokens to other members over the course of the epoch to reward them for the value they bring to the community. Members can adjust their allocations up until the end of the epoch. They can also add notes to their allocations if they wish so. At the end of the epoch, all allocated GIVE tokens become locked (now called GET tokens), and all unallocated GIVE tokens are burned. Budget distribution is then formulated according to the percentage of total GET tokens that each member of the circles has received.

Each user has a profile page on which they specify what they will be working on during the epoch for each of their circles, and if they want to be able to receive payment.

In each circle, users can create a shortlist of “team members” with which they work closely, to facilitate GIVE allocation. Members can also leave notes to other team members, specifying exactly what they are thankful for or just as a way to give a personal message.

Coordinape also provides a real time Graph to show the network movement of GIVES among the group: 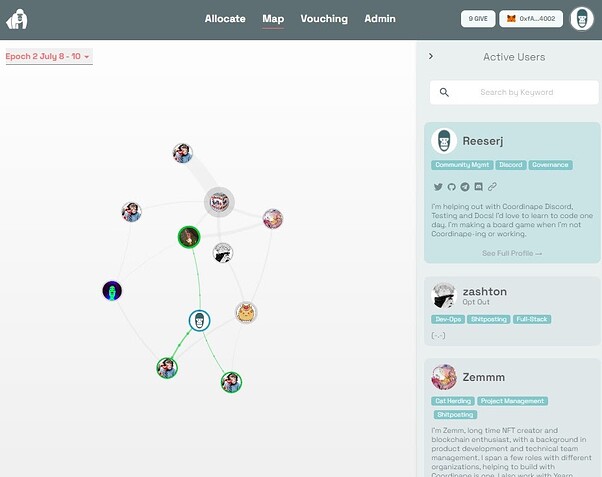 Originally Circles were created and maintained by an Admin, who controlled membership. The developers recently implemented a vouching process, which allows for growing circles in a decentralized way.

When a circle is set up, the creator can specify a vouching threshold and nomination period. From then on, any circle member can propose a new member, and have other members vote on their addition. If the proposal gets enough “yes” votes, the new member can register and gains access to the circle.

The Coordinape team is in the late stages of forming a DAO to continue development. They also plan to open-source their code and deploy it on-chain on Ethereum Layer 2 (right now Phantom, Polygon and Arbitrum are planned). Roadmap is October ‘21, but of course there may be delays.

They are also integrating Sourcecred, to allow prolific contributors to gift more GIVE tokens. UPDATE: This is not being done by the main team, but by an external DAO. They are using SourceCred data to set how many GIVE tokens a member can assign per epoch.

Tipping bots for Discord/Telegram are in the works, also NFT-based Circle membership.

There is some feedback in articles/community calls about the strengths, pitfalls, and possible adaptations of the system:

I haven’t found any in-depth qualitative analysis of the distribution results over longer time frames in the style of our TEC praise-gate. Maybe the strong visualization tools allowed the protocols to do on-the-go corrections and made a post-mortem unnecessary? Most probably any reports were just kept private. If there is interest, we could eventually ask the Coordinape team if they have something in that department.

UPDATE: Bankless DAO did a review after using Coordinape. It’s not very detailed, but it has a link to the dataset, and the graph and discussion are worth a look: Coordinape Round Improvement Proposal [CRIP 1] - General - Bankless DAO 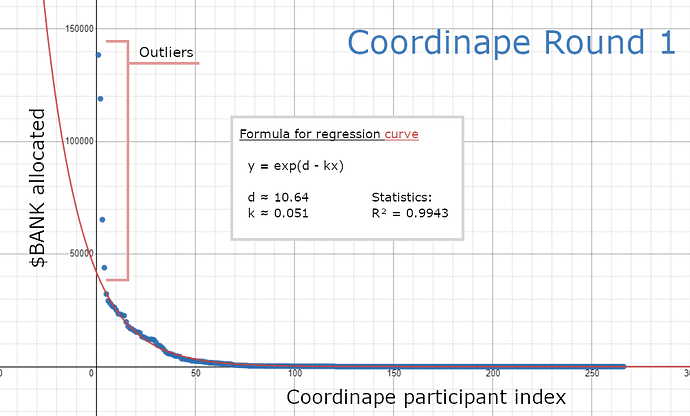 There’s an interesting comment by a Coordinape dev there too, about the possibility of “scaling” somebody’s allocation by how many different people he is giving to, incentivising giving more to a broader group of participants.

The main two differences that jump out to me are:

Another difference is that Coordinape as of now doesn’t allow for an equivalent of the “IH reduction system” we had, as it only lets you opt out of the rewards completely. I also have the feeling that adding something like that to the system would have deep repercussions in the dynamics, since suddenly your GIVE would be worth less if given it to someone specific. Keeping reductions confidential could maybe help in that department.

-As mentioned above: Look for some kind of in-depth analysis by a team which has used Coordinape for a significant amount of time.

-The Coordinape team seems very open to collaborations/help. Maybe this could be explored, either by joining the beta or even actively collaborating on their development efforts/DAO?

-There seem to be some obvious overlappings/synergies with the Proposal Inverter. Maybe something to be researched?

Thank you for sharing this!

Which of this communities have implemented Coordinape the longest? It would be interesting to understand the adjustment they had to do along the way while implementing it.